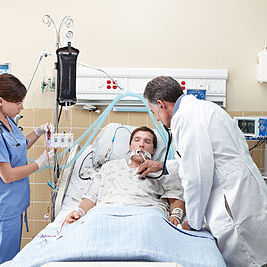 At a time when the world needs critical information about the COVID-19 pandemic brought to the fore, many journalists and whistleblowers are being targeted, in some cases even arrested and prosecuted by governments trying to stifle media freedom and using the crisis to consolidate their power.

None of this has been happening under the radar. Medics and support staff in several countries are facing reprisals for revealing shortages of equipment. In Hungary, an EU member state, Premier Viktor Orban was grantec rule by decree under a law that could jail journalists and anyone spreading “false information” for up to five years. In Serbia and Montenegro, rights groups have warned that data privacy rights, free speech and media freedoms are being rescinded under the name of COVID-19.

In light of these and similar threats, the Coalition to Make Whistleblowing Safe During COVID-19 and Beyond has written an open letter calling on public authorities and institutions to protect those who report or expose harms, abuses and serious wrongdoing. The coalition of more than 51 groups is made up institutions including trade unions, journalism organizations, universities, whistleblower support groups, academics and activists. Together, they represent more than 25 countries.

They also includes representatives from other EU member states, Australia, countries in Africa and the US. Countries that are not in the EU but may seek EU membership in the future, such as Ukraine, are also included in the represented list.

The group is concerned that the assumption of emergency powers during the crisis could be used by authoritarian leaders to pursue journalists for reporting cases that they would have preferred to remain concealed. The use of population-level phone surveillance and digital contact tracing presents potential dangers for journalists and the whistleblowers they depend on in many countries, if these systems are not designed and implemented with privacy in mind.

Many observers fear that the assumption of emergency powers in Hungary could be used as a pretext for further action against a beleaguered independent media sector and a model for authoritarian governments elsewhere.

As the Budapest -based thinktank Political Capital told reporters at the Guardian, “Extraordinary legal situations are very easy to introduce, but it is much harder to return to business as usual afterwards.”

Whistleblowing in the Time of Covid-19

Retaliation against whistleblowers has emerged as a key theme running throughout the COVID-19 crisis. Doctors, nurses and others in healthcare roles have been threatened with a formal reprimand recorded in their employee file or, worse, dismissal if they speak out, both via journalists and directly on social media. By far the most prominent issue in this area has been the health and safety risks faced by frontline healthcare workers and in particular the dire shortages of the personal protective equipment (PPE) that keep frontline carers both from contracting the coronavirus and from passing it from one patient to another.

One of the lessons of the pandemic is the critical importance of reliable population-level data and the huge benefits to public understanding and confidence when these are made widely available. At a policy level, there are concerns that the pandemic was able to spread as widely as it did in part because officials in numerous countries either hid information about disease transmission in the population, or the capacity of national medical systems to cope once the virus took hold. Either way, whistleblowers have been part of the COVID-19 story since the very beginning. Their importance in calling out catastrophic risks should be a key issue for governments, both in their response to the current crisis and for managing similar events in the future.

Whistleblowing has become synonymous with anti-corruption efforts, and these too resonate in the pandemic. Shortages of ventilators and PPE have resulted in an international procurement crisis, the emergence of grey markets in face masks and other medical supplies and accompanying concerns about price gounging. The movement of critical supplies across borders has been controversial. There have reports of countries stopping the international transit of vital supplies that had been intended and, in some cases already purchased by, a different country.   Experts in the compliance industry have warned of the fraud and corruption risks presented by exceptional demand in these rapidly moving markets and supply chains.

Researchers have shown repeatedly that whistleblowers providing tip offs are the most effective way to unearth fraud. But in a climate where those who speak up about serious wrongdoing face the prospect of reprisal, there may be too much fear for even the bravest medic or concerned citizen to come forward publicly.

This is one reason why secure digital drop boxes such as those being used in the EAT project are so important. A digital dropbox offers encrypted communication and therefore some reassurance that only the journalist or investigating body at the receiving end will be able to read a repoirt. Depending on the way it is configured, a dropbox may also give the whistleblower some level of digital anonymity, whereby the identity of the person making the disclosure is obscured, as well as the content of their report.

In either case, the whistleblower may be more likely to reveal illegal or unethical behaviour when they have access to one or both of these practical protections which are offered by digital technologies.

The extremity of the risks whistleblowers can face are illustrated by some of the best publicised cases in the current crisis.  Prominent cases of workplace retaliation against healthcare workers have been publicized in the US and the UK.

The best-known case of all is that of Chinese ophthalmologist Dr. Li Wenliang, who was reprimanded by local authorities for “spreading rumors” after he sought to warn his colleagues about a rash of pnemonia cases that the medical world would later recognise as the earliest signs of a novel coronavirus.

Dr Li became one of the first whistleblowers to warn about the pandemic and his case has become a cause celebre within China, with whistleblowing becoming an issue on social media and a Supreme Court ruling taking the first steps towards an official acknowledgment of its legitimacy. Higher levels of the Chinese Government eventually took a different approach from their local counterparts, and Dr Li was exonerated. Tragically, this vindication only came after Dr Li had contracted the disease and become a victim of it himself.

COVID-19 whistleblowing has not been restricted to the healthcare sector. In one of the most high-profile cases of employer retaliation, Captain Brett Crozier was relieved of his command of the aircraft carrier USS Roosevelt in the Pacific for sending out a memo about COVID-19 infection spreading on board.

Crozier had sought help from the Navy to protect his crew through a plan to safely remove most crew members from the ship, but was instead dismissed for irresponsible behaviour. At the time Crozier was dismissed, more than 100 sailors out of a total of almost 5000 had tested positive for the disease. The ship was described by the media as a ‘petri dish’ of infection.

In a clip that was widely shared on social media, Crozier’s departure from USS Roosevelt was accompanied by the very vocal support of his crew. A few days later, it was confirmed that Crozier himself was suffering from the virus. He had to go into quarantine.

The COVID-19 pandemic also puts the long-term impact of corruption into sharp relief, showing exactly why listening to whistleblowers has to be a priority after the pandemic as well as during it.

One example of this is Greece. The country closed non-essential businesses and put its population into lockdown relatively early in the course of its own epidemic, which has allowed it to hold down the number of cases and fatalities.

But maintaining public confidence has been challenging in the aftermath of the pandemic’s full eruption, due to a succession of corruption scandals in the health care sector, taking in the range from the pharmaceutical giants to doctors allowing patients to buy their way into the front of the queue for treatment.

That legacy has played into worries about potential corruption in the acquisition of essential equipment and profiteering over the virus with governments frantically seeking everything from masks to gloves to ventilators for hospitals and clinics.

The protection of whistleblowers and the investigation of their reports as they arise, is an important way governments can improve public confidence. The Greek  situation, and others like it, is recognized in the Coalition statement:

“Fairness, transparency and cooperation are vital and never more so than during a pandemic. We have already seen examples of wrongdoing and mismanagement in our public institutions, commercial markets and business as a result of COVID-19…

“Whistleblowing has proven to be a powerful tool to fight and prevent actions that undermine the public interest. Our organizations call on all public authorities and corporate institutions to protect those who expose harms, abuses and serious wrongdoing during the COVID-19 crisis, and beyond.”

Download letter: Coalition to Make Whistleblowing Safe During COVID-19 and Beyond